Aptamers are short, single-stranded DNA or RNA molecules that bind with high selectivity and affinity to a target of interest. They are highly versatile and are used as molecular tools in life science research, therapeutics or diagnostics.

Aptamers are short, single-stranded DNA or RNA molecules that bind with high selectivity and affinity to a target of interest. The sequence of nucleic acids confers a unique 3D structure, owing to the tendency of these molecules to form helices and single-stranded loops, which contributes to the target selectivity. Aptamers are also known as "chemical antibodies" but have certain advantages over antibodies, being non-immunogenic, easy to produce, small in size and chemically stable. In addition, since they are chemically synthesized they can be readily modified to improve pharmacokinetics or by addition of a fluorophore or photolabile group. They are highly versatile and are used as tools in life science research, to probe the function of cell surface molecules and sense or modulate cell surface interactions.

Aptamers are selected by a process known as Systematic Evolution of Ligands by EXponential enrichment (SELEX), first described by Tuerk and Gold in 1990. This in vitro procedure involves the incubation of a library of synthetic ssDNA and RNA with the target of choice. The target bound sequences are then separated out and amplified using PCR. This process is then repeated several times until a library enriched for target specific sequences is obtained, which is then cloned and sequenced to identify the individual monoclonal aptamers. This SELEX strategy is most commonly applied to proteins, but can be used across a wide range of targets including, small molecules, live cells, tissues and microorganisms. More recently the use of whole living cells as complex targets (known as cell-SELEX) has been described (Morris et al., 1998), which has the advantage of enabling the selection of aptamers under physiological conditions.

Aptamers have also been developed for medical use as therapeutics and diagnostics.

A collection of over 750 products for cancer research, the guide includes research tools for the study of: 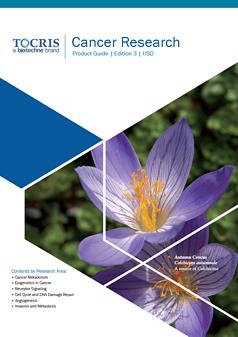 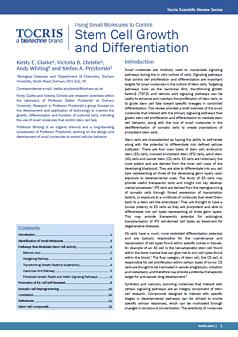 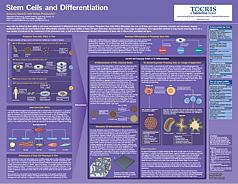