Milo™ is the world's first automated single-cell western (scWestern) platform. The instrument measures protein expression in thousands of cells in a single run, allowing you to profile heterogeneity in your samples through single-cell analysis. Just load your cell suspension and the scWest chip captures ~1,000 single-cells. Milo then does a fast, 1 minute SDS-PAGE separation on each single-cell lysate on-chip. Then just probe with your favorite conventional western blot antibodies to measure ~12 proteins per cell using a variety of multiplexing strategies. Our Single-Cell Western technology on Milo unlocks the single-cell proteome to measure more of the proteome than was possible with any other single-cell protein analysis technique. 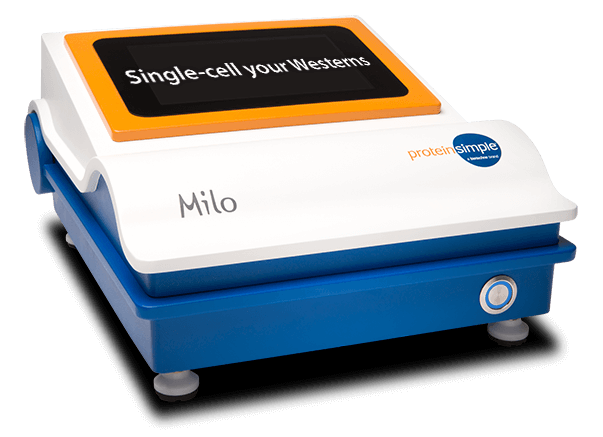 HOW CAN MILO HELP YOU?

Milo measures protein expression in ~1,000 single-cells in one 4 hour scWestern experiment so you can quantify heterogeneity of your target at the single-cell level to determine expression patterns. Using antibodies that work for traditional western blot, Milo provides a platform to analyze single-cell proteomics to determine the percentage of cells in your sample that are target positive. 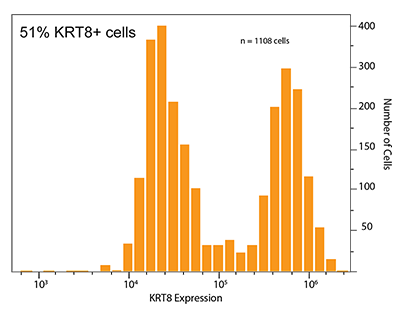 I need protein validation of my single-cell RNA-seq data 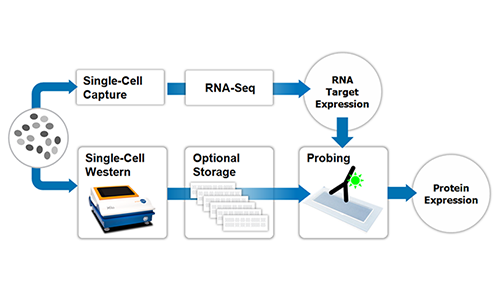 Simultaneously detect 12+ proteins in your sample—all at the single-cell level—using spectral and size-based multiplexing strategies. You can even strip & reprobe scWest chips up to 9 times for higher multiplexed studies! View some of our common scWestern FAQs. 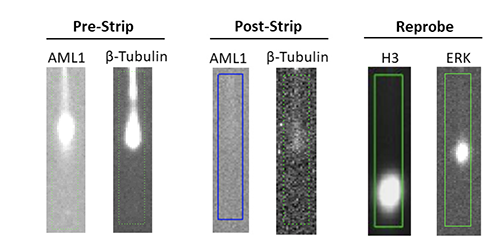 I need to simplify my phospho-flow signaling studies

Eliminate the fixation and permeabilization steps of flow cytometry! Milo chemically lyses the cells captured on the scWest chip before analysis to gain access to intracellular and intranuclear compartments more easily than with flow cytometry. By lysing the cells, Milo can detect challenging proteins like transcription factors and even methylated histones! 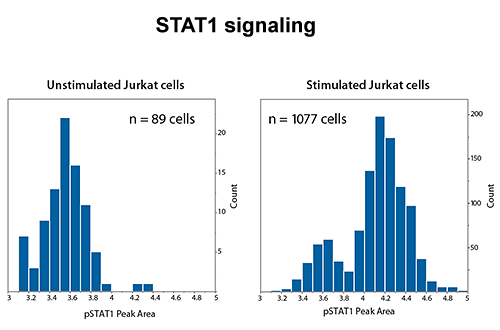 Milo can quantify the percentage of cells in your sample that express an inserted gene, even in low efficiency systems. Plus, you can simultaneously measure your edited gene and downstream effect markers to understand the impact of the gene on the cells that have been edited. 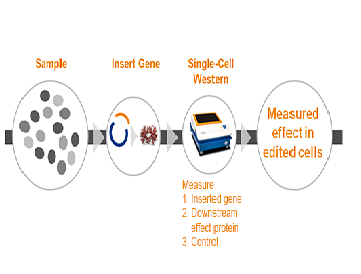 I need to measure protein expression in low abundance samples

Milo's automated single-cell western tests can analyze samples which contain as low as 10,000 single-cells so you no longer have to have to collect millions of cells to analyze protein expression. The number of cells captured scales with the number of cells loaded so even lower abundance samples are possible. 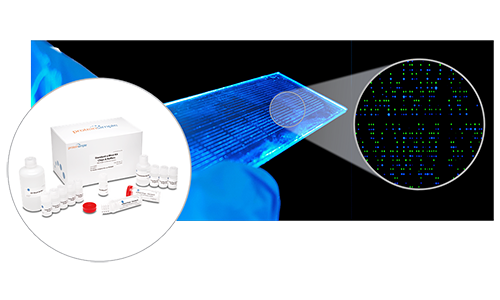 Milo is an open, automated single-cell western platform where you can use the large commercial catalog of western blot validated antibodies, which is 10-100x larger than the flow cytometry antibody catalog. Don't get stuck without a flow antibody against your target of interest again. Use Milo's Single-Cell Western technology to perform single-cell protein analysis. 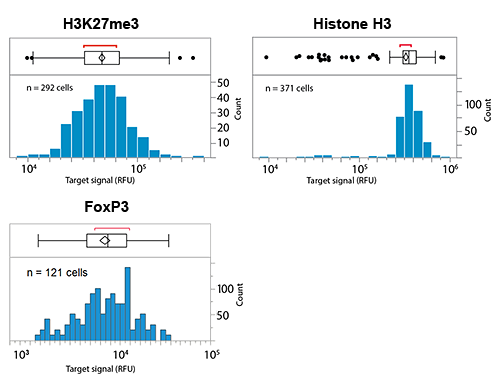 Milo's molecular weight sizing step can resolve protein isoforms that differ in molecular weight, allowing you to measure how many cells in your sample express one isoform, the other isoform, or both isoforms. This capability is made possible by Milo's Single-Cell Western technology which surpasses other methods like flow cytometry. 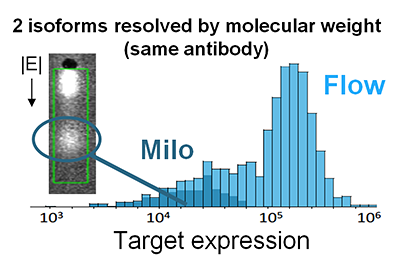 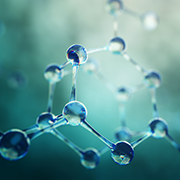